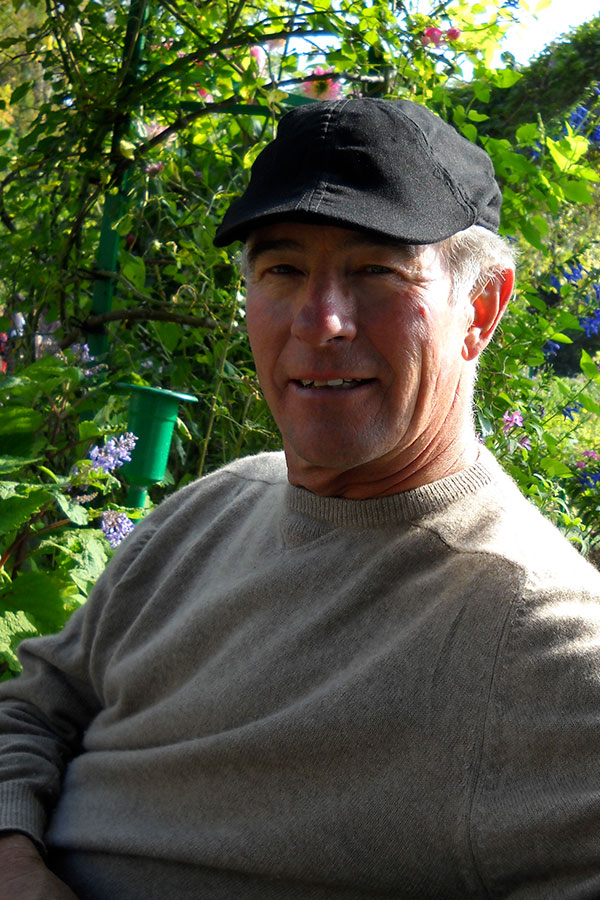 David Aubrey is a filmmaker and owner of Lightningwood Pictures, a production and post-production company in Santa Fe, NM since 1985.  His work has spanned an international scope of feature, documentary, television, commercial and collaborative arts projects.  He works in varying capacities on different projects as a director, cinematographer, editor, colorist and provides consultation for all aspects of production and post.

Having begun his career at Bandelier films, an animation house in Albuqueruqe, he went to work in Los Angeles for Warren Miller, of ski film fame.  He then moved to New York, working as a union assistant editor of feature films and documentaries.

He returned to Santa Fe in 1981 and ran the production department of a commercial television station.  He then continued working as a cinematographer and editor and earned an American Cinema Editors nomination for Best Edited Documentary in 1993 for Baraka, As director of photography and editor, he shot the 1994 concert film, Toward the Within, featuring Dead Can Dance and the 1998 feature film, Soundman, shot in Santa Fe. He was editor of Walking Thunder, 2018 about the threat to the African elephants as seen through the eyes of a young boy and his family.  In 2019, he edited and completed two documentary features, Bön and the West, about a pre-Buddhist Tibetan spiritual tradition and The Jerry Lawson Story, about the 1970’s acapella group, the Persuasions.

Since 2011, he has worked with Silver Bullet Productions and numerous tribal advisers as director, cinematographer and editor of a series of four, one-hour documentaries presenting Native voices about history, leadership, the position of women and warriors past and present.  Canes of Power, earned him a 2013 Emmy Award as Cinematographer and Editor.  Two subsequent films, A Thousand Voices, 2014 and Defending the Fire, 2017 have garnered numerous festival awards.

David has been active in media education as an instructor at high school and universtiy levels, as well as teaching filmmaking skills to students and teachers at many different pueblos and rural communities in New Mexico.  His connection to  the arts has included collaborative work with artists such as The Vasulkas and  Terry Allen, and films about Tom Joyce, Beverly Singer and Roxanne Swentzell.

He currently serves as a member of the Santa Fe Film and Digital Media Commission.