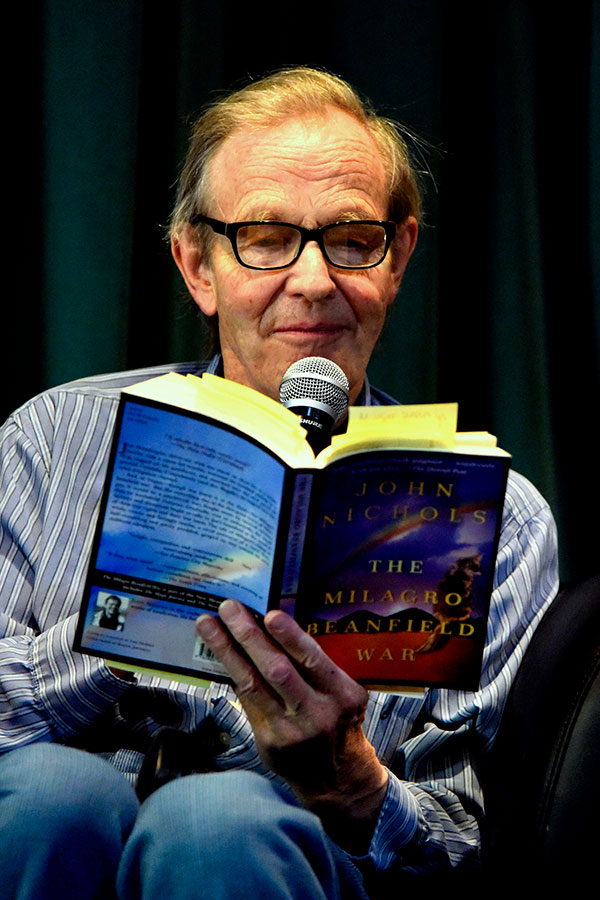 John Nichols, a resident of Taos for 48 years, has published 13 novels and nine works of nonfiction, some featuring his own photographs. Between 1980 and 2000 Nichols was paid to work on 13 Hollywood-sponsored screenplays, one of which was a CBS miniseries on the life of Pancho Villa and the history of the Mexican Revolution, which never saw the light of day.  He has worked with directors Alan J. Pakula, Robert Redford, Karel Reisz, Louis Malle, Ridley Scott, and Costa-Gavras, re-writing Costa’s film “Missing,” which starred Jack Lemon and Sissy Spacek and received four Academy Award nominations. Three of Nichols’ novels – “The Sterile Cuckoo,” “The Wizard of Loneliness,” and “The Milagro Beanfield War” – have reached the silver screen.