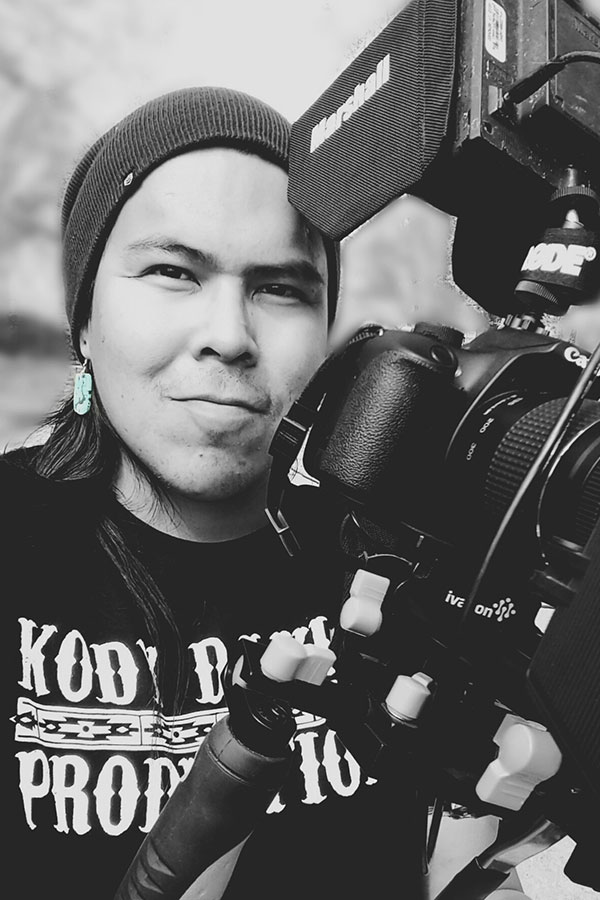 Kody Dayish is a Navajo Filmmaker from Shiprock, New Mexico.

In 2015 he was in a severe accident that left him with a broken neck.  It was at this time,

while recovering from his injury in a halo vest and wheelchair, that Kody started writing scripts.

It became a family venture with Kody Directing and his siblings, Kolette and Kolin Producing his scripts.

In 2016 Kody won an award in Los Angeles for “Best Emerging Director”, and in 2017 he was nominated in London for “Best Screenplay” for “A Navajo Trickster Story: Boy Who Cried Wolf”.

His films focus on the Navajo way of life, and in order to give Natives a chance to have  the spotlight, he uses Navajo cast and crew.

When he is not making movies, he volunteers in his hometown of Shiprock working with  Native Youth and Elders.

All the Dayish family films are self funded by selling breakfast burritos in their home town.