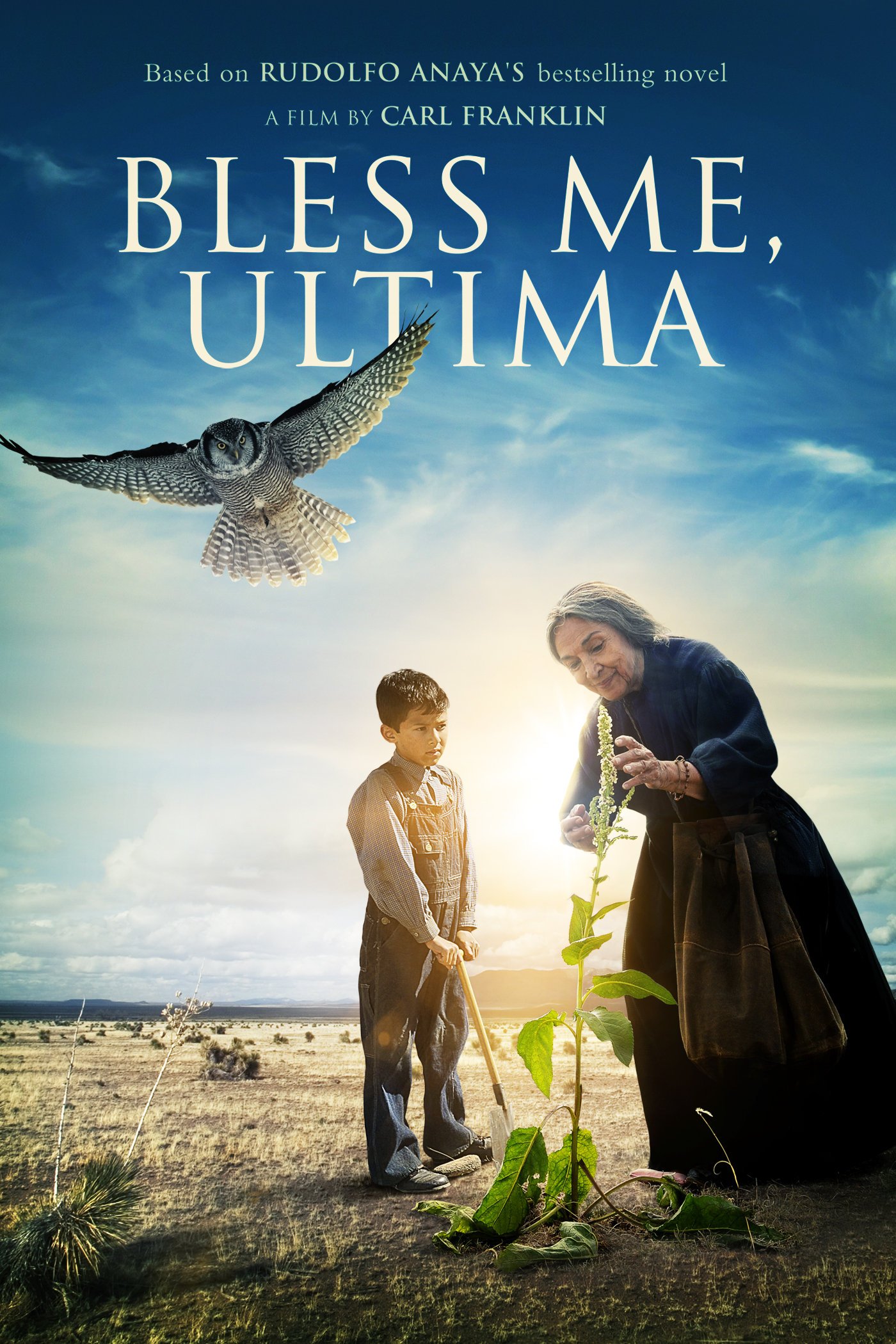 Bless Me, Ultima, a 2013 film directed by Carl Franklin and shot in New Mexico, is an adaptation of the novel of the same name by New Mexico writer Rudolfo Anaya. The movie retains the huge ambitions of Anaya’s classic novel, a staple of Chicano Studies programs and multicultural reading lists since its publication in 1972. Both book and film celebrate spiritual practices that predate los conquistadors and Christianity, illuminating the ways in which assimilation eroded cultural traditions while presenting the Latino community as a dynamic thread, long woven into the American fabric. The film’s cast is made up primarily of Latino actors and the signature landscapes of New Mexico — as well as authentic New Mexican cultural motifs and folkways and the Spanish language itself — figure prominently throughout the film.