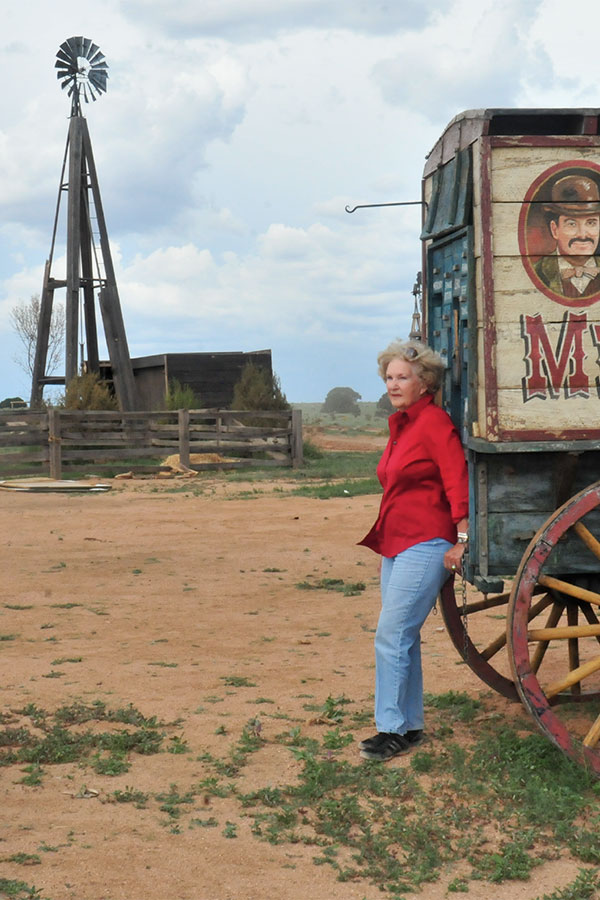 Imogene, in her 20s, lived in Colorado, where she became a skilled beautician. Her artistry maximized the best in a person’s skin, hair and style, down to her application of avant-garde silk eyelashes. She pored over “Photoplay” magazine, which covered the latest in trends.

Bonanza Creek Ranch originated in the 1940s and eventually passed into the hands of Glen Hughes. Imogene and Glen together forged their first one-page movie contract of “things to do and things not to do.” Filming and pages kept growing.

Fueled with her inherent sense of design, as evidenced by Imogene’s first foray into film production with “Silverado” in 1983 and followed by “Lonesome Dove” in 1985, Imogene progressively expanded the realm of Bonanza Creek Movie Ranch into one of the most famous western playgrounds for storytelling and cinema anywhere in the world.

It is her blueprint of humor, awareness, and common sense that keeps location scouts, directors (from Kevin Costner to the Coen Brothers), independent films, and major TV and film projects returning to use these unfiltered vistas of New Mexico. Most of all they return for the classic integrity of its guardian, Imogene Hughes, a tour de force in the expanding film scene of New Mexico and a beacon to women all over in her achievement of success without compromise.