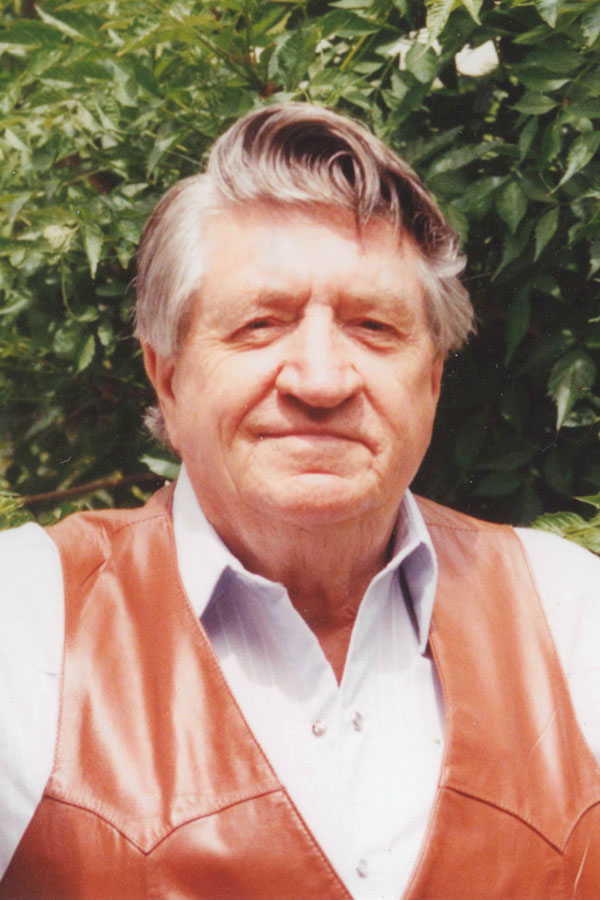 Cowboy, rancher, miner, movie producer, artist, mystic, and for over 50 years an eminent figure in Southwestern letters, Max Evans served in the infantry in WWII, landing in Normandy on D-Day. He published his first book, “Long John Dunn of Taos” in 1959. Evans’s “The Rounders’ (1965) and the film made from it, starring Henry Fonda and Glenn  Ford, introduced him to Hollywood and friendships with such directors as Sam Peckinpah, about whom Evans has written two seminal books, “Goin’ Crazy with Sam Peckinpah and All Our Friends” and “Sam Peckinpah: Master of Violence.” He was a Hollywood screenwriter for many years.

Max Evans’ body of work reflects his love of New Mexico and the western way of life. Max has written 30 books, including “The Rounders” and “The Hi Lo Country,” which were adapted into movies. Other books include “Madame Millie,” “Bluefeather Fellini,” Animal Stories,” and “Faraway Blue.”

At 93, Evans is a gifted raconteur and a vanishing breed of hero of the American west.