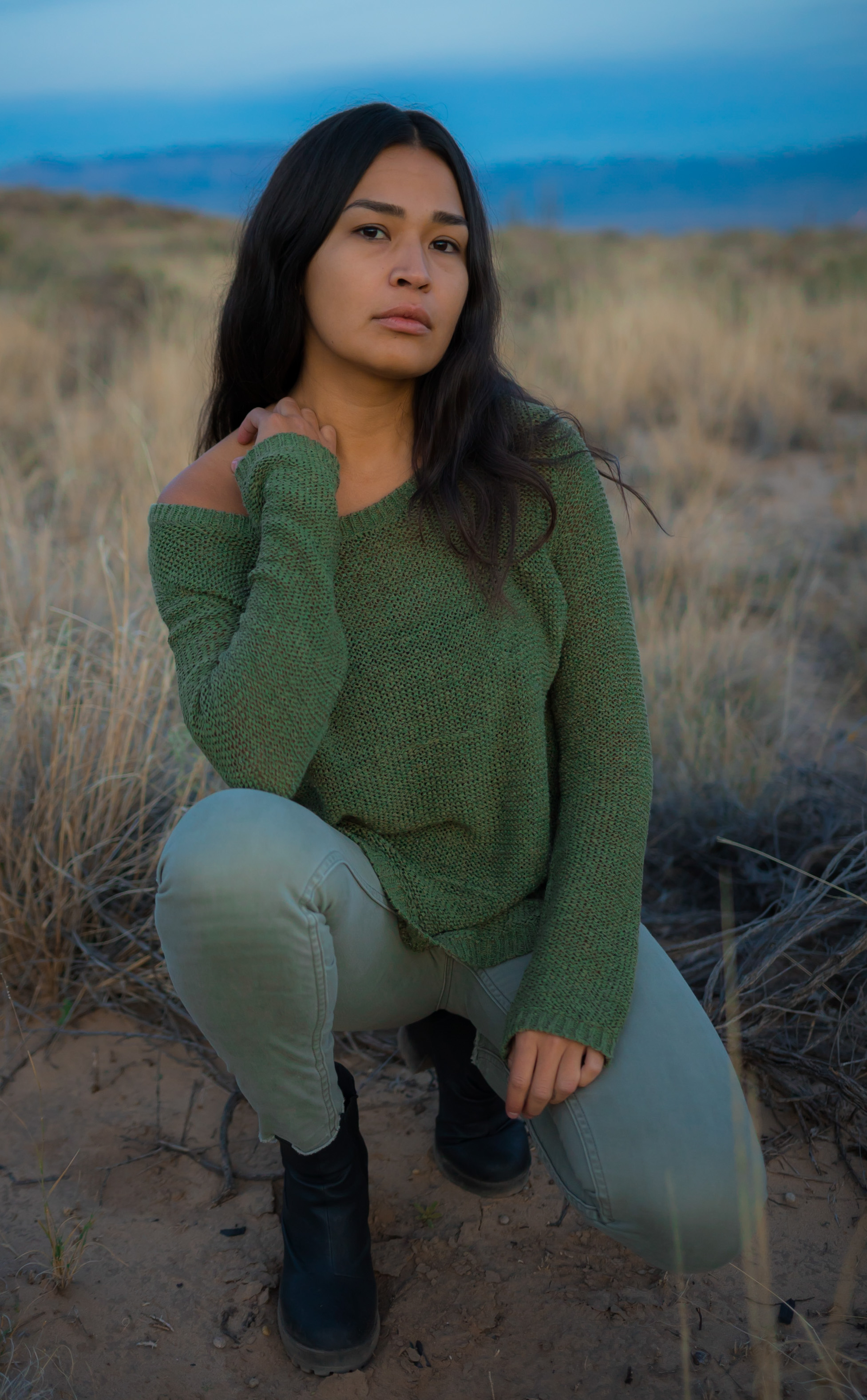 Angeline began acting in theater as a child and as a teen participated in the award-winning El Camino Real High School theater program in Woodland Hills, California. She attended Pierce Community College, where she studied acting and photojournalism.

In 2014, Angeline won Best Supporting Actress at the American Indian Film Festival for her performance as Nizhoni Smiles in “Drunktown’s Finest.” She has since gone on to win Best Acting Performance at the Institute of American Indian Arts for her role as Jade in “Raven,” which premiered at the 2017 IMAGINENative Film Festival.

In 2018 she can be seen in Taylor Sheridan’s upcoming series “Yellowstone” as Samantha Long and modeling in the First American Art Magazine. She aspires not only to act but also write, direct, and produce. She currently resides in Albuquerque, New Mexico, and Los Angeles, California.